Editorial: Criminal justice reform can benefit families - October 25, 2018
Just behind and to the right of the front desk at the Richmond City Justice Center is a small, brightly lit room with children’s books, a child-sized table and chairs, and, if memory serves, simple board games. It’s a marked improvement over the old jail but a sad reminder, all the same, of the damage to families when dad — or sometimes mom — gets locked up.

Conservatives in this country have long prided themselves on their commitment to “law and order,” a phrase that entered our political discourse as far back as Thomas Jefferson and John Adams. But it was Republicans Barry Goldwater and Richard Nixon who in recent decades reintroduced this short-hand for being serious about enforcing criminal statutes.  Conservatives — this goes back to Ronald Reagan — have also campaigned as champions of “family values,” a term by now so debased that even the Corleones and Sopranos can consider themselves exemplars of these homely virtues.

So it’s encouraging that conservatives, for very good reasons, have come to question the wisdom of a range of practices embedded in our criminal justice system. It’s even more encouraging that seemingly unlikely politicians — Sen. Chuck Grassley of Iowa, for example — seem sincere in their desire to do something about its indefensible inequities and even its inefficiencies.

The inefficiencies seem indisputable, even in cold economic terms. Thanks to the sheer cost of incarcerating prisoners — more than $30,000 per inmate per year — the federal prison system in 2015 ran a deficit of nearly $7 billion. The states that same year forked over $43 billion. Getting a handle on these costs, despite what some might claim, is not a matter of disabling air conditioners or other supposed luxuries. Anyone who has ever visited a prison, much less lived in one, knows they aren’t country clubs. Texas, which has never been thought of as lenient on scofflaws, has stepped up its drug diversion programs, among other efforts, saving the Lone Star State about $2 billion per year.

The numbers are useful. But they are only crude attempts to quantify that which cannot be quantified, which is deep human suffering, both individual and societal. The dry statistic that more than 60,000 Americans are held in what Virginia inmates call “isolation,” or solitary confinement, for up to 22 hours a day is important to know but can only hint at the psychological damage such punishment inflicts. This is especially the case considering the mental problems a great percentage of inmates already face. That almost 3 million children are growing up in families where one parent is incarcerated is revealing, too, but only suggestive.

There are any number of reasonable reforms that can lessen what has been called “second hand suffering.” Books could be written on the subject, the theme of which is suggested by an article in The American Conservative, whose thoughtful commentary on cultural affairs continues to distinguish it among ostensibly right-of-center journals. “If the family is the building block of society,” Emily Mooney and SteVon Felton write, “then policy should demonstrate its importance. Criminal justice reform ultimately must be a pro-family movement which recognizes that healthy families can be both the guard against future crime and the impetus for change while weak families are the beginning of society’s undoing.” This is wise counsel, ignored at our own peril.
2018 VCA Training Institute (Fall Conference)
Our Fall Conference in Williamsburg, Virginia was a tremendous success!  We will be posting photos and information regarding conference participants, Awards and Scholarship winners, and the newly elected Association Officers and Board Members for 2019-2020. Thanks to all for making this annual event a success!

Frank Bishop, III passed away on Thursday, September 27, 2018. Mr. Bishop was a very dedicated public servant. He served two years in the U. S. Army. He began his career in corrections as a counselor in a juvenile correctional facility in the Virginia Department of Welfare and Institutions. He went on to serve as the Director of all juvenile correctional facilities. Later in his career, he worked for the Department of Social Services, from which he retired as Assistant Director of Child Support Enforcement. Mr. Bishop was a 55-year Mason and a member of Powhatan Lodge #295.
Frank Bishop, III was the first President of the Virginia Correctional Association. VCA will be forever grateful for his contributions to the VCA in its formative years.

Congratulations to VCA Member David K. Haasenritter
on being named as ACA Director of Standards and Accreditation. 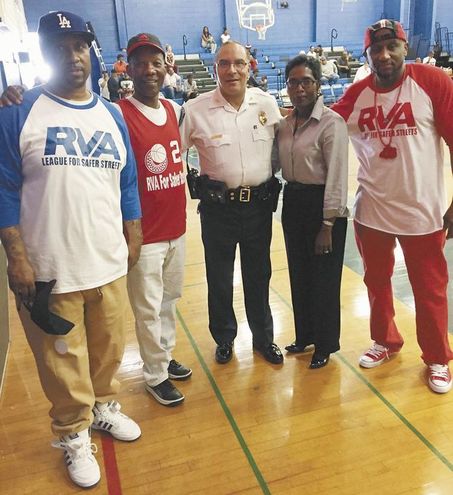 Paul Taylor column: Preparing for life after prison in Virginia - Jun 2, 2018
My name is Paul Taylor and in 1994, I was convicted of homicide and sentenced to life plus 26 years. I was released from prison 10 months ago and I am now working with high-risk youths and men like me to help them to become good citizens, fathers, sons — and to be successful in life.
I grew up in the inner city of Newport News, and was considered the leader of a neighborhood called “The Zoo,” in which the name itself describes the culture. The men I associated with tolerated nothing from those outside of our group and we ruled with an iron fist. This led me to my conviction and being sent to the Virginia Department of Corrections (DOC), where I thought I would spend the rest of my life.
When I first arrived at DOC, I had no idea if I would make it out alive. With “life” hanging over my head, my incarceration started filled with darkness, despair, and hopelessness. This was during a time when the governor and director of DOC seemed to care nothing about our rehabilitation or our well-being, and there was no real access to programs.
Then in 2012, Gov. Bob McDonnell appointed Harold Clarke as the director of the DOC, and Director Clarke changed everything about my experience in the DOC. From that point, he emphasized that re-entry begins on day one and began implementing programs to help inmates to think differently and acquire employable skills.

I could immediately feel Mr. Clarke’s presence throughout the system, especially in the re-entry department. Even if an offender had not accomplished anything during his or her entire incarceration, there was now a director who said, “I’m still going to give them an opportunity to succeed in their last six to 12 months, and have a chance to make it in society.”
Gov. Terry McAuliffe, and now Gov. Ralph Northam, were right to re-appoint Director Clarke and help further invest in his re-entry efforts.
The re-entry program offers many classes and certifications that are valuable in the workforce, such as forklift, serve safe, and genie-lift certifications, G.E.D. — and for those who wish to advance their education, we had people like Ms. Lemley who would help us register for college.
All you had to do once you were released was go to the school, or trade school, you registered for and start classes the next semester.
The re-entry program also helped inmates get D.M.V. identification cards, which can be difficult to obtain. This made renting an apartment or applying for jobs possible upon release. These seemingly simple tasks can be huge barriers for incarcerated people.
While incarcerated, I co-facilitated multiple treatment programs in re-entry, such as Thinking for a Change, Victim’s Impact, and numerous other programs. I can relay countless stories of success by the men who participated, including me.
When I was released from prison, I felt over-qualified to re-join society. I was armed with pro-social concepts and definitions, and the tools necessary to succeed.

Upon my release, my mission has been to help others like me. My business partner, Jawad Abdul, formerly incarcerated, and I recently formed the RVA Basketball League for Safer Streets, in which we offer workshops utilizing social skills, problem-solving, and critical thinking tools that we learned on the inside — and which have been very beneficial.
We conceived the idea of this inner-city, high-crime-area, basketball league while at Greensville Correctional Center in Southside Virginia.
We came home, partnered with Richmond Police Chief Alfred Durham, and immediately started seeing results. I also started the S.A.N.I.T.Y. Project for men with children, which stands for Standing Against Negative Influences Toward Youth. S.A.N.I.T.Y engages the community to prevent more youths from falling into negative influences and, ultimately, the system.
Is Virginia’s Department of Corrections perfect? No. There are challenges, just like every other place of employment. Not everyone at the DOC is going to be truly invested in its mission and focus on rehabilitation. But there are a lot who are.
To this day, many people I met while incarcerated are still a part of my circle of influence, including Adrianne Bennett, the Virginia Parole Board chair; Jessica Lee, re-entry program manager; Clovia Lawrence and other cognitive counselors at Greensville Correctional Center; Chief Durham; and Mario Haskett from the MYA Foundation.
These people, the administration, and the leadership of Director Clarke, out of all the 23 years I was incarcerated, have given the men and women incarcerated in Virginia hope that one day freedom will find them, either by parole, Fishback ruling, clemency, or three-strikes reviews. I know from experience that when it does, they will be ready because of the programming and support they had in DOC. There is a different culture of belief behind the walls of these facilities today, a belief that change for the better has finally come.

Paul Taylor is from Newport News and has a passion for urban community development. Contact him at 921taylorp@gmail.com. 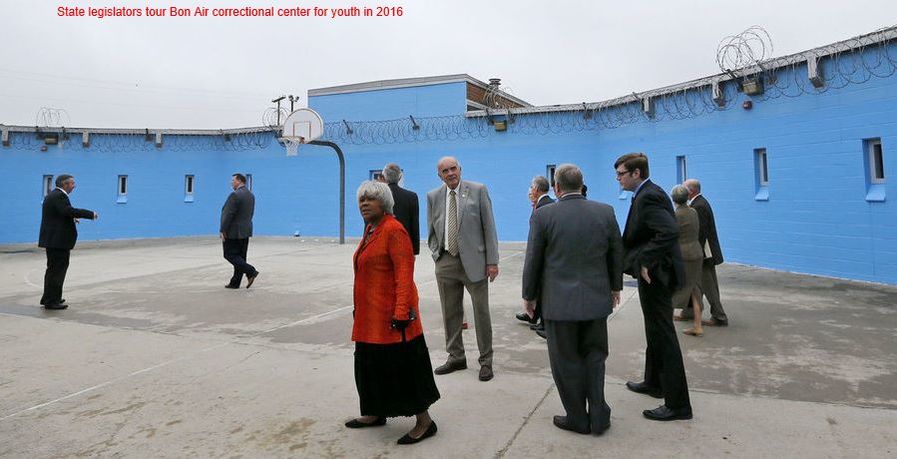 Government often gets things wrong, and partisan politics makes talk about it contentious. So it is easy for good news to go unremarked. Let us take a moment to remark on some.
Andrew Block Jr., who heads the state’s Department of Juvenile Justice, recently gave a presentation to state lawmakers with some eye-opening data.

Some of the more striking numbers show how much the department has shifted young offenders from prison and detention facilities to alternative, community-centered programs. Five years ago, the DJJ held more than 650 youths in confinement; the figure now is 212. Over the same period, the number of young people in alternative placement has grown from six to nearly 130. (The remaining difference is owing, in part, to a general decline in crime by youths.)
Also impressive: Last fall, 22 young people in DJJ’s care completed college courses — no mean feat for students who are not only removed from traditional school settings but who also, more often than not, face a variety of other challenges, from mental and emotional disorders to histories of physical abuse. And although the DJJ now holds some extremely troubled youths, the department has seen both staff grievances and worker’s-comp claims drop by more than two-thirds.

What about recidivism? Not enough time has passed to allow for robust data on three-year re-offending rates. But re-arrest rates have dipped slightly — an encouraging sign. Clearly, the DJJ is doing something right. It has earned the trust of state lawmakers. They could demonstrate that trust by doing something Block is asking for: approving a regional facility in or near Hampton Roads, where a majority of its wards come from.

Putting a smaller, less institutional facility in or near Hampton Roads (rather than have one giant facility in Richmond) would cut down on travel time for case workers — and for families, which often play a key role in rehabilitation. What’s more, it probably would be roughly revenue-neutral: A facility that was to have been built in Chesapeake never materialized, owing to local resistance — so placing one in Isle of Wight, which seems more receptive, should incur few new expenses.

If legislators still aren’t sure whether the DJJ is doing good work these days, they might want to learn more about the constitution juvenile offenders wrote while incarcerated — a constitution Gov. Terry McAuliffe signed. A good place to start would be Block’s TED talk in Charlottesville. It’s available at goo.gl/domkrV.